Art Deco fashion introduced new styles that had been previously unheard of, and even taboo. One important point: let's not forget that "fashion" also includes menswear!


Women's fashion: The silhouette was basically tubular throughout the period: dresses often were slightly or not at all form fitting and a waist was sometimes indistinguishable. Shorter hemlines were also appearing in women's fashion (mid calf to just above the knee). Essentially, a more boyish figure was adapted.  This new appearance of women's clothing came about due to women of the time period becoming increasingly rebellious and rejecting conformity placed upon them by the older generation. However, these masculine garments were often embellished and decorated in a lavish, feminine way. This was the first time in centuries that designers had a truly different silhouette to work with. Innovative seaming, draping, gauzy fabrics, beads, and feathers were often used. In a nutshell the glitzier, the more colorful, the crazier the print, the fluffier the feathers... the more in style you were.

Art Deco essentially led to the introduction of the Flapper.

Menswear: Art Deco Fashion for men can be summarized in one word: classy.  Men wore the same type of snazzy outfit most of the time, except when they were in the "country," hen they were allowed to wear a light suit or sport coat. The most important part of a man's outfit was his hat; he wouldn't leave the house without one. Round-framed glasses were worn by both men and women. A typical man's daily getup included a button-up shirt, vest, suit or sport coat, full pants, and of course, a hat; straw Panamas, Fedoras, or Boaters were preferable. They also wore braces, which are like suspenders with buttons instead of clips. The only reason for this is that it shows that a man with braces is a gentlemen because he has time to fasten buttons instead of clips, which were the easy way out. A man would absolutely never wear a belt and braces at the same time. The oxford shoe was the number one choice for footwear with socks that matched the pants.


Although Art Deco menswear sounds unspecific to that time period, it could be jazzed up with a geometrically patterned tie, paisley shirt, and argyle socks as long as it was done well. The final touch to an outfit was the pocket square, which could be ironed or elegantly fluffed and placed in the breast pocket of the jacket. When in doubt, think Gatsby! 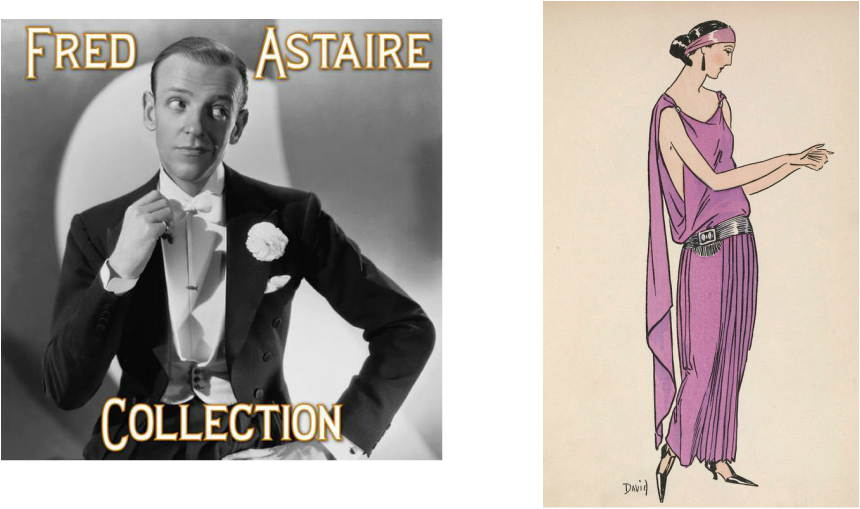 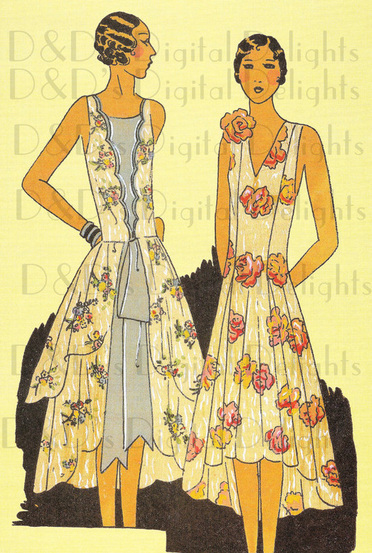 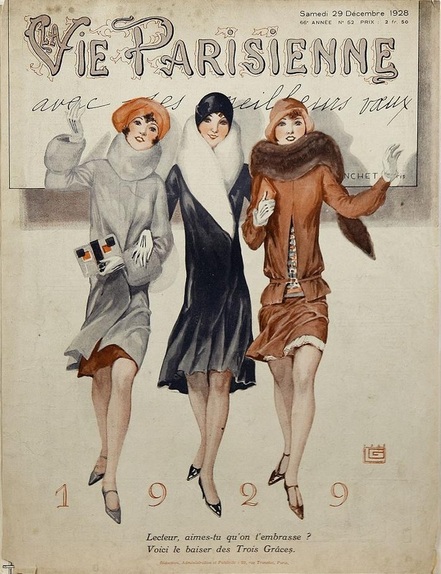